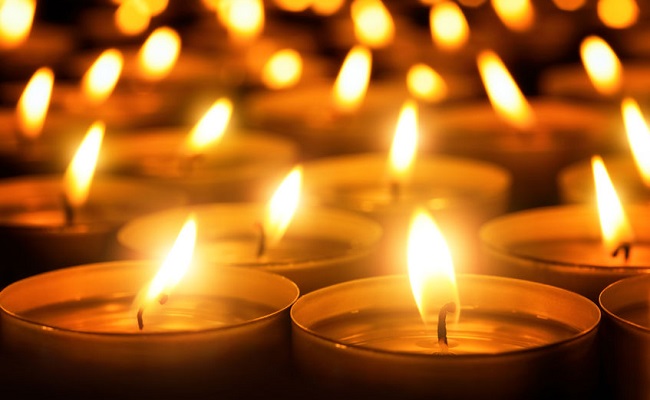 In 2020, how much effort we put into bringing forth very real energy of real love – the love that comes with real effort to try to bring forth kindness and mercy, forgiveness and understanding from within our self – will determine how open we can open the door which will lead to the new age of Man – which is closer than close, but yet will not come by itself if no effort to bring it is put forth.

2020 will be the transition year.  It will be a “hinge” year. Not only will certain things of decade of the 2020’s be influenced by the year 2020, but the hinge will “open the door” to 2021-2026 and the events of the next 6 years-some of the most significant (and challenging) of this age of Man. How “open” the “door” is opened is changing. The door is the door to potential progression and/or potential digression depending on the freewill choices every individual makes.

The door hinge is rusty. And it will take sincere effort to open, because this door is the door to our individual, as well as collective Heart – Our Collective Centered Heart, wherein the Infinite Consciousness of God is able to come forth into this world through the love, understanding and compassion we extend to all life – including all human beings – and YES, even all elected officials.

Through the ways we walk on our path in 2020, so will we then be able to extend into 2021-2026 the energy and consciousness which has been built on all years’ efforts leading up to and including the year 2020. Like a stairway, whichever level we are able to achieve in 2020, the next steps/years will be determined and measured by the previous steps/years’ efforts.

No special grace will save us if we ignore the call for Love in our lives both individually and collectively, and to manifest this Love, in the varied available potential forms in this world; the call which we have named ‘spiritual work’ for which humanity is desperate. While we are not called to be individually perfect or species perfect, we are called to be determined and willing to work at bringing forth the better and the best parts of ourselves – even when what we see in others makes us think others are doing the opposite, even when what we see in others, reflects what we consider the worst of humanity.

At this point in human time, it is important to hold in our minds that Christ walked His path of Peace and Willingness to Help as our Brother, even when violence from all groups was erupting around Him. He walked His path of Love, of compassion, of healing, even when hatred surrounded Him. He neither condemned individuals nor governments for their “sins” (mistakes, bad decisions, harmful acts, hateful feelings, etc), but rather offered patience, mercy, forgiveness, long-suffering, and no judgement whatsoever – taking the High road in all ways, which, in turn, began the path of bringing Joy, through transformation, to a weary world.  This example is for us to work at, as well, when we face that which is happening in the world today and in the days to come.

In 2020, there will be many conflicts, both loud and visible, and quiet and in secret.  (I will get into some of them.) These will be mostly more as social conflict than military conflict, but some will be conflict between the military and civilians, as is happening already.

In 2020, sadly, there will be even more chances even for the elect to stop walking the spiritual path and return to where we were as a people.  Therefore, 2020 is a time for us to remember, “Yes, render unto Caesar, that which is Caesar’s” but don’t let it pull us away from or ignore/forget the next part – “to render unto God, that which is God’s.”

Give to God that which is God’s – including mercy, patience, compassion, kindness, long-suffering, and the love which we forget already exists forever in infinite time within our hearts – to the people we, personally, come in contact daily. Give to God that which is Gods – including Willingness – to build brotherhood, sisterhood, understanding, cooperation, charity, any so-far-learned wisdom, Oneness, and an open heart and an open mind in how we respond to the events of this day.

In the coming times, it becomes more significant to know that we have a choice between 2 options – Love or Fear – the 4th chakra or the 3rd chakra – “Loving kindness” or “Fight or Flight”. We cannot tell another person to choose what we, ourselves, haven’t chosen. In addition, our walking our own path of Love – how we relate to other people – can not be determined by or based on other people’s freewill choices about how they conduct their life.

2020 is a year of preparation and transition. Around the world, 2020 is also going to be a year dominating in both verbal dreams and verbal wars. 2020 will be a time of continued seeing the hopeful possibilities, as well as the real dangers in the years and decades ahead.  In 2020, we can begin recognizing that the ways of living of the past did, indeed, create the problems of the present, and we need individual effort (building to collective effort) in the present time in order to find new ways of living for the future.

The coming 6 years which 2020 will lead us into – 2021-2026 – are of lower vibrations (also considered darker because this vibration of the actions which will be carried out is further away from the Love/Light vibration level.)  This energy is the remaining unhealed, yet transformed energy which would have manifested as a physical changing of the Earth’s poles – the Pole Shift (a tilting on its physical axis) which Edgar Cayce predicted if humanity had not done anything to change in the decades which followed his psychic reading. The Pole Shift’s source is a combination of natural evolution in the planet, as well as massive karmic energy which had been waiting to manifest all at once as the physical Pole Shift – but which has since been worked with so it won’t manifest all at once, now.

That remaining supreme turmoil energy being manifested through the Earth and through people, which will be experienced by many people of the Earth in the coming years is NOT the result of any one person. Neither Donald Trump becoming president nor Hillary Clinton, had she become president, is the cause of the problems in the world. Neither Republicans nor Democrats are responsible for the problems of the world – but rather individuals in all walks of life – also known as “All of Us”  It is the consciousness of the people of the world, throughout this Age of Man, heretofore unresolved in our subconscious, that gave birth to the leaders in this world, and the movements these leaders represent – not vice versa. The diversity of leaders also is representative of the consciousness of the people.

In the U.S., Donald Trump becoming president is the result of both the fears of things in the world, and the hope of alleviating these fears through victory and control over those things or people perceived as enemies- all third chakra.  It is the Collective Social Consciousness of the People of the World afraid of what “others” would do to bring harm that brought forth the “problems” which came from unmanifested consciousness energy waiting to be expressed in people’s lives.  This is not just in our time, but also throughout human history.  AND the challenges that I speak of are from energy, which has also come from all different times of human history.  Blaming others for our own contributions to this rather than acknowledging our own past life involvement, and subsequent challenge to forgive, does not help.

There already has been much work by millions of people to bring forth the higher minds and the energy of the higher minds with the energy of the Centered Heart. This work has been slowly elevating much of the energy in the Earth in preparation of entering into the coming 6 years as a crucible precursor to the next age of Man beginning in 2038.  This is the work which has transformed us away from the physical Pole Shift spoken of before.

There has been limited success. We are somewhat successful, but success in this case is not 100%. The potential results are not either black or white – yes or no, 0% or 100%. The amount of energy is based on the level of effort put into holding to the Centered Heart of Infinite Love, and ever returning to a connection to the Consciousness of the Higher Forces.

These referred to “forces” are the forces of practicing patience, and the forces that teach taking the higher road. It is the consciousness which sees the whole human race struggling and in pain, with no side being the right side or the wrong side. All people have within us, all traits, including those we go to war against, regardless of whether we acknowledge it to our self or deny it to our self.  This means that every person is equal in potential character to every other person and equally both right and wrong.  As the Edgar Cayce Readings said, “There is good in the worst of us, and bad in the best of us.”  This also means there is good in the worst elected official, and there is bad in the best elected official.  This reality is true for all human beings.

As we make effort to forgive instead of blame, to be understanding instead of criticize and condemn, feel compassion instead of rejection of others, walk the path of long-suffering instead of attack and condemnation, then we are working on bringing higher vibrations into this world which will in turn help heal and resolve the energies of disasters which are physical, social, spiritual, mental, financial, or emotional each ready to manifest.

3 thoughts on “First, Consider This: Preface to the Psychic Predictions for 2020”

This site uses Akismet to reduce spam. Learn how your comment data is processed.

Animals are abandoned in the rural areas, like where I live, quite often. Click on the GoFundMe image to read about my efforts to help, and if you're willing, how you might help, also.

Search articles on “A Psychic’s View of”

Suggestions from a Naturopathic Practitioner

The Coronavirus (In this first reading, I did not recognize what I saw – the “swarm” approaching us.  I was inaccurate with what I stated. My own feelings influenced my “seeing”.)

First, Consider This: Preface to the Psychic Predictions for 2020

The New Age of Man Approaches: Part 1 of 2

The New Age of Man Approaches: Part 2 of 2

I’ve moved the information about obtaining the “2018: Looking Ahead and Going Within” retreat audio recordings to the Download Podcasts and Presentations Page.  See the tab above.